The Galloping Goose trail and the more recent E&N Trail are well known to bicyclists and pedestrians as a way to make a complete circle route from downtown Victoria to the 6 Mile Pub area and back again. However, there is also a water route that also allows you to travel a complete circle from the inner harbour and back again. This route was used for centuries by First Nations People but overtime fell into disuse, access to the portage became difficult and it was only known to a few keen local paddlers as a viable paddle route.  With recent improvements this route is becoming viable again, so put on your explorers hat and give this route a try, it will be sure to please. 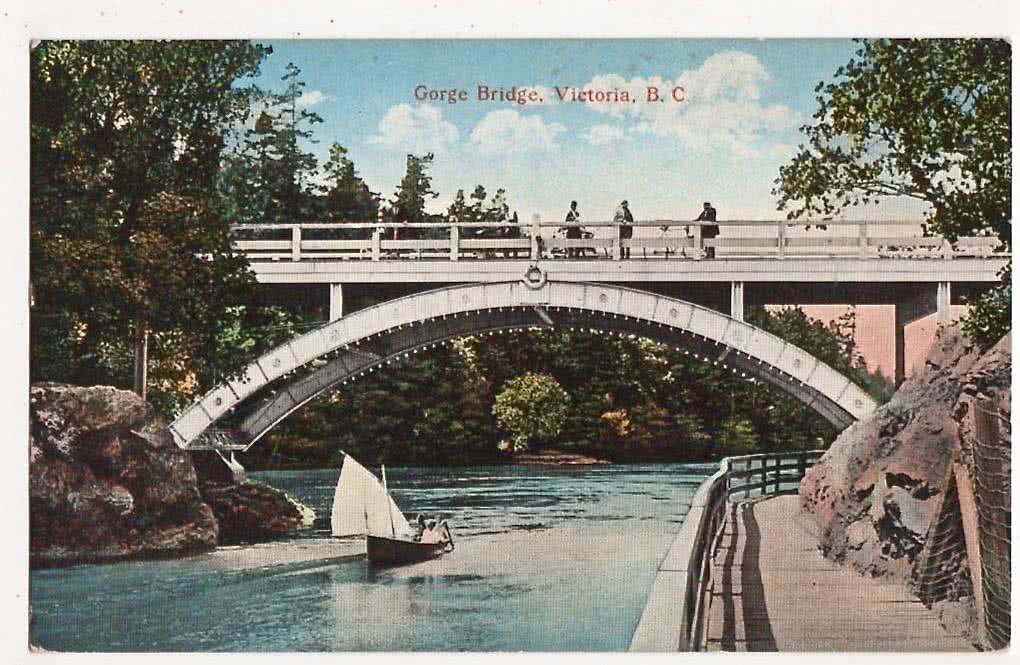 The Victoria Waterways Loop is a 22 km circle route which allows a paddler to complete a one way trip starting at any number of access points on the Gorge Waterway, Portage Inlet or Victoria Harbour. You can start the route by paddling in either direction, complete a short 1 km portage across Portage Park in View Royal and the Old Island Highway, then continue your journey back to the starting point. Recently there have been groups at work to improve this ‘marine trail’ and access to it. For example, the Victoria Canoe and Kayak Club (VCKC) were influential in advocating for the beautiful Shoreline Portage Trail completed behind Shoreline school in 2015.  This allowed for much easier access from Portage Inlet onto Old Island Hwy and the trails of Portage Park.

The overall plan is advocating for a vastly improved route which will include at least 15 landing  and launch locations spanning 5 municipalities!   These will typically have good access, historic interest, and a range of useful amenities including washrooms, water fountains and possibly, food services,  making the journey fun for all, including novice paddlers.  One of the immediate and very beneficial improvements that has been completed is a boat ramp and pathway across the road from Shoreline school, which allows low tide access to the portage route.  This is a crucial addition to the journey as access to the portage by paddling up and around Christie Point is often restricted by mud flats that become exposed at low tide levels.  Regardless of tide levels, you are encouraged to use the Shoreline Rd access to reduce the environmental impact of trying to paddle through these shallow areas.  For the same reason, you should also refrain from paddling up any of the river estuaries.  Another boat ramp is also being proposed for the head of Portage Inlet at Linear Park. 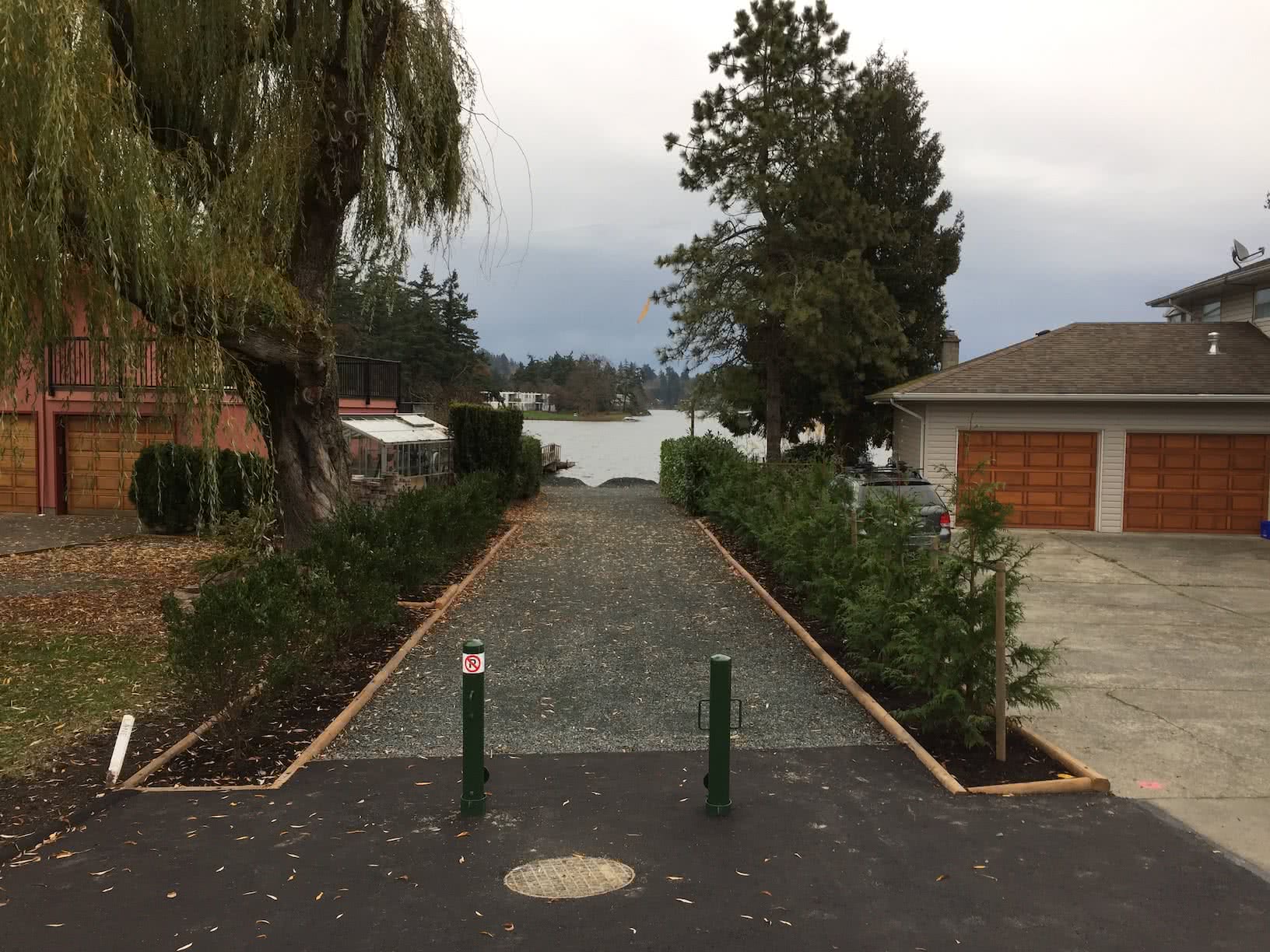 Another major goal of the project is to create a walkway underneath the Tillicum bridge with docks at both ends, (there is already a dock on the northeast side, but the most likely location for this would be on the south side).  A walkway would allow paddlers of all experience levels to easily and safely bypass the reversing rapids without having to wait on favorable tides or hike up the hill, cross Tillicum Rd at the traffic light and walk the Gorge Waterway Park path to a launch location beside the Victoria Canoe & Kayak Club. The idea of a walkway at this location is not new, as there was one built in the early 1900’s and remained there in various forms until its removal in 1967 when the existing bridge was built. 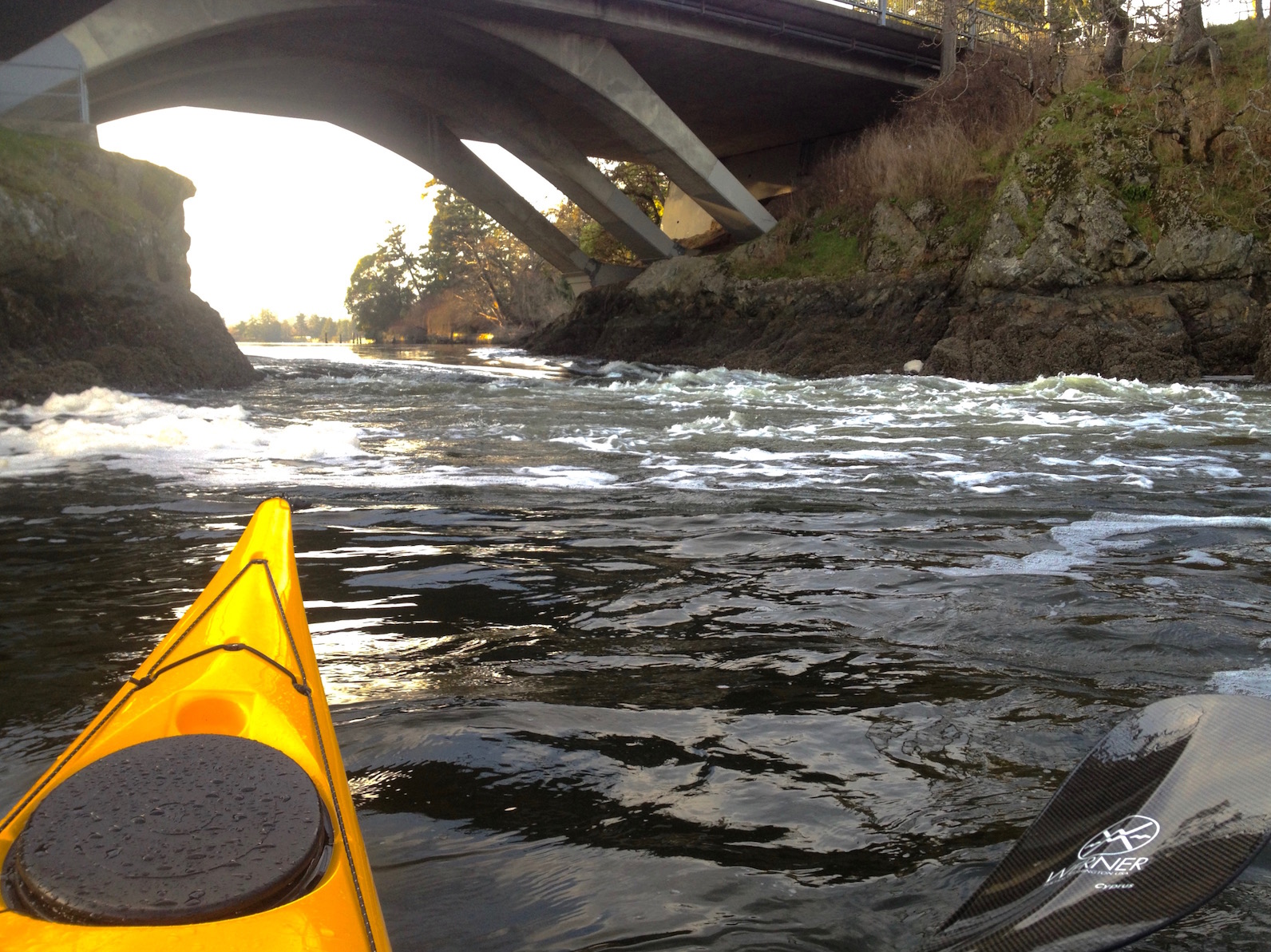 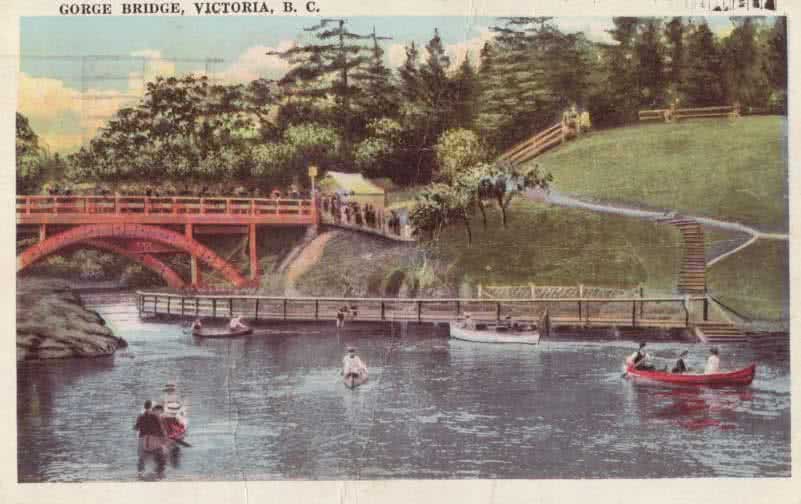 The reversing falls at Tillicum Bridge is a historically significant spot and it used to be much more impressive due to large boulder in the center of  the channel, which the Songhees 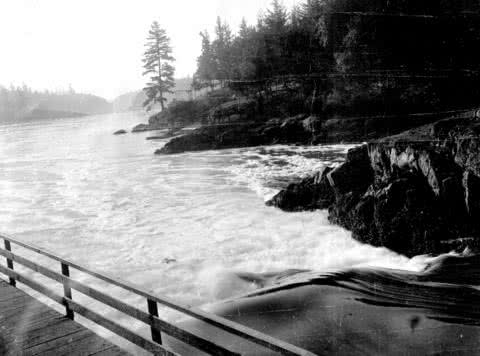 First nations named “Camossung”. Young braves would dive in to the rapids as a cleansing ritual and to obtain special powers. Later it was a popular swimming and boating location for locals although there were many drowning incidents because of the rapids. It was also a popular tourist destination with people lining the bridge and walkway to view the rapids. There was even a stern paddle wheeler that brought folks right up to the rapids for a first hand view. Whether very sad or  beneficial, the rapids were changed forever in June 1960 when Robert Southwell, on his own recognizance, dynamited the rocks. This permanently tamed the rapids to some degree and has made it safer for boaters attempting to navigate it.  The circle route history persists in more modern times including races sponsored by the VCKC.  Here is a fun video of a race from 1986. Click this link:   Gorge Circle Route Race 1986

There is an immense amount of history as well as beauty all along this very unique circular marine trail. We are hoping it will become a world class paddling route for locals as well as visitors to our city.

Presently John Rogers a View Royal Councillor, Brian Henry of Ocean River Sports and Darelle Butler a VCKC Executive are spearheading the project. If you would like to get involved as a volunteer to help support and/or fund raise please contact them. 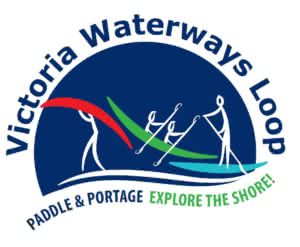 Brian Henry and John Rogers on a CFAX Radio Presentation. 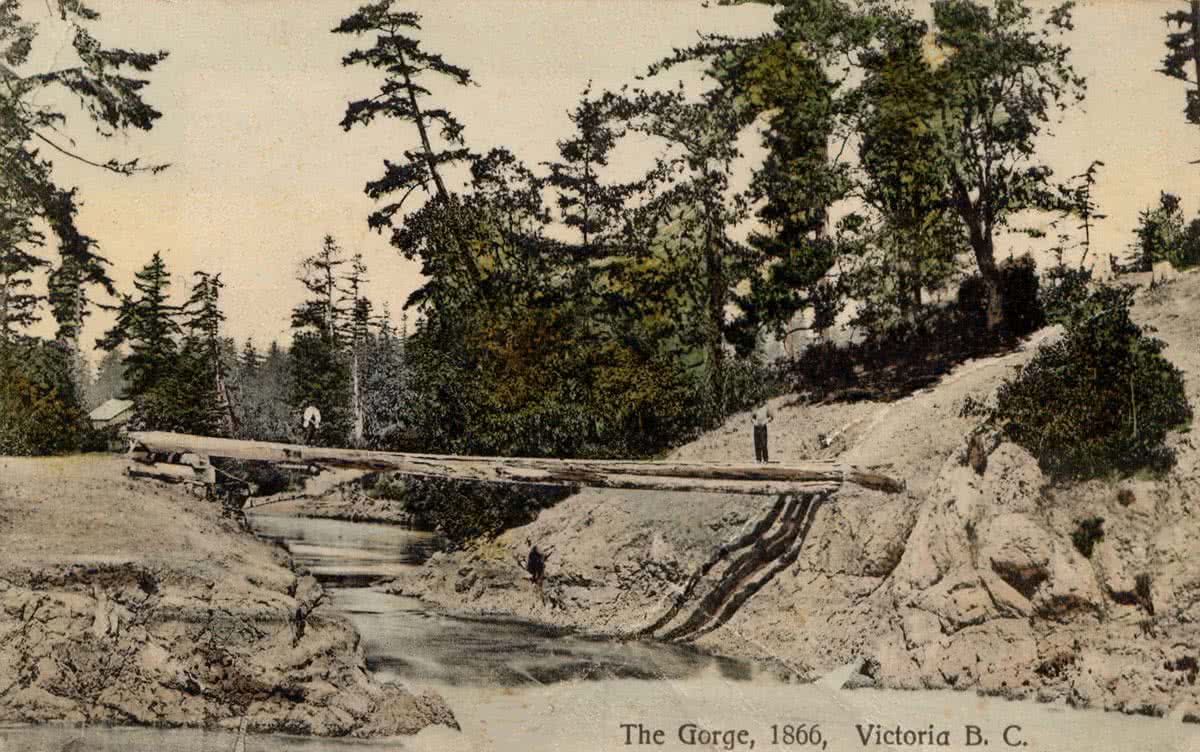